Niche e-Gaming company, Sporaga, has recently been granted a licence to develop their company operations on the Isle of Man.

Mark Robson, Head of e-Gaming at the Department of Economic Development, commented:

‘For the last couple of years we have seen growth not only in our traditional areas of e-Gaming but also in new niche areas such as Daily Fantasy Sports. This demonstrates the enduring appeal of the Isle of Man as a home for innovation and is testament to the Island’s supportive ecosystem for new companies. It is a pleasure to welcome Sporaga to the Isle of Man and I hope their success will inspire similar diversification across our thriving e-gaming sector.’

‘The Isle of Man is, in my opinion, the Mecca of Gaming and some of my initial conversations with the Gambling Commissioners have been very positive.  They spoke with such passion and sincerity about the Island’s commitment to small businesses and their understanding of the e-gaming industry rules and regulations were very impressive.

‘In making the decision to base Sporaga on the Isle of Man, I took into account the transparency, tax regime and overall peaceful nature of the Island and its beauty. For me, this was exactly the type of place where I would base my businesses and raise a family.’

Sporaga is focussed on the international football market and the company now offers 13 leagues from different countries around the world. Having completed beta testing in Brazil earlier this year, the company plans to increase its player acquisition strategy and expand to other BRIC (Brazil, Russia, India and China) countries.

Daily Fantasy Sports (DFS) is similar to fantasy sports games where participants pick their dream sports team from different players and enter a competition to win prizes and money. The difference is the duration of DFS is much shorter, often running over one day, as opposed to traditional fantasy sports that may run for months. 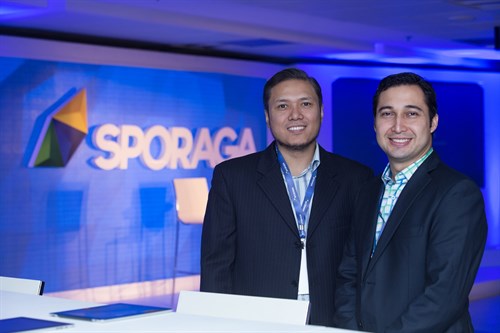