The Isle of Man Government’s Armed Forces Champion has welcomed a further show of support from the local business community for the initiative that promotes the welfare of military personnel and their families.

Juan Watterson MHK this week commended Ambitions Employment Agency on becoming the latest organisation to sign up to the Isle of Man Armed Forces Covenant. 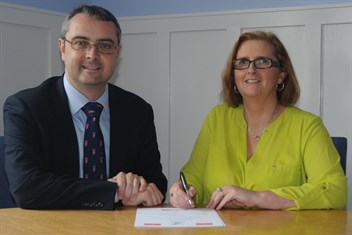 The Covenant is an official declaration of the Island’s recognition and support for those residents who serve, or have served, in the British Armed Forces. It was officially signed in 2013 by Chief Minister Allan Bell CBE MHK, Mr Watterson and Brigadier Nick Fitzgerald MBE, Commander of the 42nd North West Brigade based at Fulwood Barracks in Preston.

The Covenant seeks to ensure the Island’s military veterans and active personnel are not disadvantaged by their service. Support is provided in many ways, including raising public awareness of challenges faced by past and present members of the armed forces and acknowledging the role played by reservists.

Mr Watterson said: ‘The Isle of Man has a strong track record of support for the armed forces and the Covenant is a living commitment to our people, whether on deployment, returned home or long retired from active duty. The community response has been extremely positive, with a steady stream of organisations signing up over the past three years, thanks in no small measure to the continued efforts of Major Charles Wilson and Major Glen Espie.’

Sharon Kissack, a Director at Ambitions, added: ‘This formalises what Ambitions already does in terms of helping to secure employment for returning servicemen and women. We are proud to demonstrate our support by signing the Covenant.’