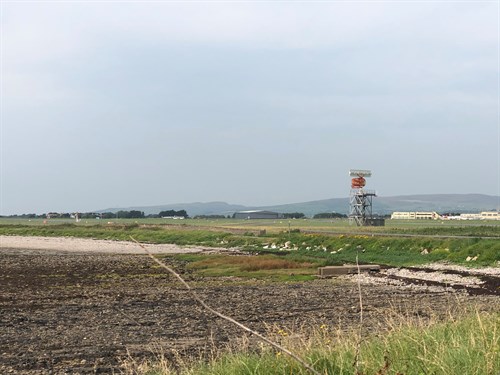 A project to replace a slipway at Derbyhaven has been carefully assessed and designed to minimise the impact on the sensitive surrounding environment.

Work is due to get under way this week to replace the current slipway, used during emergencies and exercises at Isle of Man Airport, as it has reached the end of its useable life and is no longer suitable for the airport fire station’s rescue boat.

The slipway is located in an ecologically important area, within Langness, Sandwick and Derbyhaven Area of Special Scientific Interest (ASSI) and bird sanctuary, and Langness Marine Nature Reserve.

Derbyhaven bay is an intertidal mudflat and an extremely important feeding and roosting habitat for migrating and wintering wildfowl and waders.

Due to be completed by the end of September, the work has been scheduled to avoid creating a disturbance during the main migrating and wintering period, and bird breeding season.

The work will be overseen by an ecological clerk of works from the Manx Wildlife Trust, who will be employed to provide independent on-site monitoring and advice, and ensure that the ecological footprint of the work and risk of environmental damage is kept to a minimum.

The new slipway will be located away from the existing one in order to avoid damage to an area of saltmarsh which is a rare habitat on the Isle of Man. The current slipway will be demolished and the habitat restored to shingle beach.

‘The development of this project has been a collaborative approach, both across government and with environmental stakeholders. This will lead to the best possible solution to meet the airport’s operational requirements whilst considering the needs of the surrounding area.

‘Much of DoI’s work is complex and often goes unseen, but the aim is always to provide the best outcome for the Island.

‘The Island’s UNESCO biosphere status is a crucial consideration, and the project at Derbyhaven is an example of delivering robust engineering solutions while minimising our impact on the environment and preserving the Island's outstanding natural assets for future generations.’