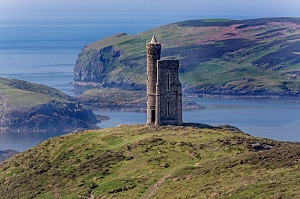 Twenty seven buildings including war memorials are being considered for the Isle of Man’s Protected Buildings Register, due to their potential special architectural or historical interest.

In total, 14 maritime buildings, including five lighthouses, and 13 war memorials were issued with Proposal to Register Notices (PRN) on Friday. It means more notices were handed out in a single day than in the past 10 years.

As part of an ongoing assessment of the Island’s built heritage, buildings have been identified under themes and the maritime buildings include towers, lifeboat stations, and the boat house complex of Cpt George Quayle which is now home to a nautical museum.

Five lighthouses are also under consideration including two on the Calf of Man designed by the world renowned engineer Robert Stevenson. 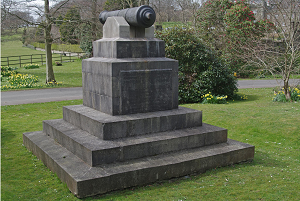 The Island’s earliest war memorial, from the Crimean war, is among 13 under consideration. It commemorates Brig Gen Thomas Leigh Goldie, who fell at the Battle of Inkerman in 1854 and has been on display at Nunnery in Douglas for 163 years.

Individual consultations will now be used to gather further information with a final decision made soon after. If it is decided that one or more of the buildings meet the criteria they will be protected from demolition, and any alteration or extension that affects their character without first receiving registered building consent.

‘As an Island nation we have a rich and proud maritime history and a close relationship with the sea which is clearly visible in the architecture around our beautiful Biosphere’s coast.

‘Our war memorials provide a vital connection and poignant reminder of the Manx lives lost in conflict and it is important these places of remembrance and contemplation are not lost for future generations.’

‘Our architecture plays an important role in our cultural and national identity, and the Department is proud to present these buildings and memorials that we believe demonstrate the potential architectural or historical interest that is required for further consideration.’

There are currently 275 buildings, ranging from thatched cottages to churches, are on the register.