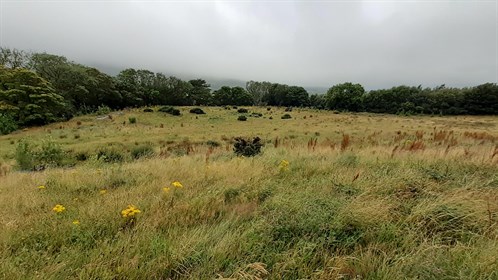 A planning application has been submitted to enable silt dredged from Peel Marina in 2015 to remain at Rockmount on a permanent basis.

Permission was secured to store the material at an engineered site next to the Isle of Man Government-owned quarry on Poortown Road, in the parish of German.

Consent was granted for a period up to 5 years, and expires at the end of this month.

The Department of Infrastructure, which manages the site, is now seeking permission for the silt to remain undisturbed, having explored possible alternative solutions.

Since closing in 2015, the site quickly became a stable habitat and has continued to be monitored on a regular basis. Allowing the material to remain in place would avoid digging up what has become an established meadow, and prevent an increase in heavy traffic while it was moved elsewhere.

Officers are working closely with German Parish Commissioners to provide reassurance over continued monitoring and agree a mutually satisfactory resolution.

‘Allowing the silt to remain undisturbed is the preferred solution in this instance and a planning application has been submitted to enable this to happen.

‘Moving any material into or out of the facility would create a number of issues, and avoiding the cost of taking it elsewhere reduces the cost to the public purse.

‘The most appropriate long-term solution is therefore keeping it in situ and agreeing an ongoing monitoring regime to ensure it continues to have no effect on the surrounding environment.’

An operation to remove 44,000 tonnes of silt from Peel Marina began earlier this year and will resume in spring 2021.

Around half of the total has been removed, and is in the process of drying out in a temporary pool in a field upstream from the Marina, beyond the Power Station site.

The material is undergoing analysis to determine the most suitable final location for permanent storage and monitoring. Rockmount will not be considered as part of this process.