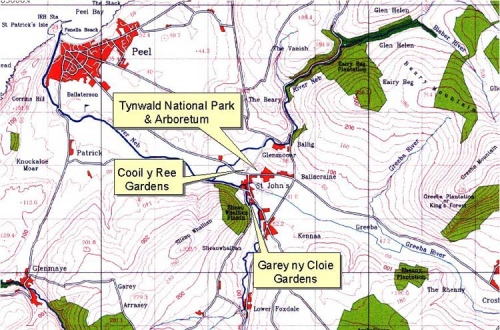 Cooill y Ree, which translates as Nook of the King, is situated to the west of Tynwald Hill and was opened on 5 July 2001 by the then President of Tynwald, the late Sir Charles Kerruish OB 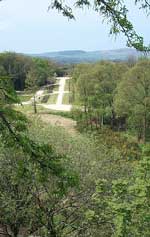 E LLD(hc) CP. The project for the creation of the park was conceived by the Tynwald Ceremony Arrangements Committee in collaboration with the then Department of Local Government and the Environment. Ongoing management is now the responsibility of the Department of Environment, Food and Agriculture.

The main axis through the park runs from east to west along the Avenue of Time. The axis of the Avenue continues east to incorporate Tynwald Hill and the processional way towards the Royal Chapel of St John. The portion from the church door to Tynwald Hill and the viewing platform adjacent to the Glen Mooar Road represents the 1st Millennium AD. From the viewing platform one can look back to see the Tynwald Hill flagpole and glimpse the spire of St John's Church towards the east. To the west the Avenue of Time stretches out to the Millennium Point and finally to the Circle of Infinity. Symbolically this axis represents the Island's long history and its links to many countries beyond the Irish Sea.

A walk through the sunken park leads through natural vegetation representing thickets which were gradually cleared during the Celtic and Viking periods.  The Island became more intensely managed over time so the landscaping becomes more formalised and an avenue of trees and exotic woody shrubs appear.

The natural vegetation is managed in such a way as to encourage a variety of wildlife such as butterflies, birds, lizards, as well as feeding bats. The common spotted orchid is present towards the east end of the site. These attractive white and deep pink flowers appear in August and can grow up to 2 feet in height. They are protected under the Wildlife Act 1990.