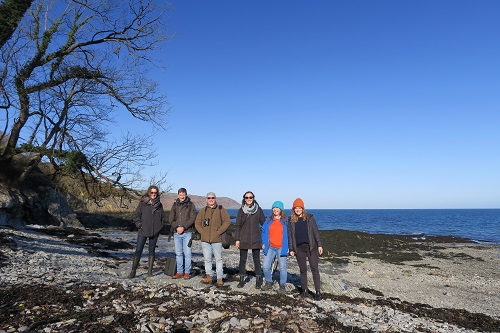 A year-long pilot project will see expert scientists explore the role the Isle of Man’s marine and coastal environment can play in the fight against climate change.

Globally, coastal ecosystems such as mangroves and seagrass meadows capture and store significant amounts of ‘blue carbon’ in the same way as trees and peatlands do on land.

They can also protect coastal communities against storms and flooding, improve ocean health and provide habitat for a multitude of species and commercially important fisheries.

Despite these benefits, such ecosystems are amongst the most threatened on Earth.

The Blue Carbon project will be delivered by the Department of Environment, Food and Agriculture (DEFA) in partnership with the National Oceanography Centre (NOC) and Swansea University. It is a key action in the Phase One Climate Change Action Plan and funding has been provided from the Climate Change Environment Protection Fund.

Over the next 12 months they will work together to gather the data needed to build a detailed picture of life under the Manx territorial sea which covers around 3970 sq km.

This work began earlier this month when the NOC used drones to identify key areas for seagrass and kelp. Over coming months, samples will be taken from both these nearshore sites and important offshore areas, to learn more about their ability to store carbon.

‘As a proud Biosphere Nation, with more than 85% of our territory in the Irish Sea, it makes strategic sense to look at how blue carbon - alongside cutting our emissions - can help us on our net zero journey.’

‘The role of woodlands and peatlands in carbon sequestration has been well known for some time, but marine equivalents have often been overlooked, despite the oceans absorbing nearly a third of CO2 emissions that human activity generates every year.’

The DEFA team - consisting of Manx marine scientists Rowan Henthorn and Jacqui Keenan - plans to develop a cutting-edge management plan for blue carbon in the two years following this pilot project, and will apply for further funding later this year.

‘The Isle of Man’s history of marine science in collaboration with both the fishing community and conservation organisations, and its strong cultural connection to the sea, means we are ideally placed to be a world-leader in blue carbon.’

People will be able to follow the team’s progress with regular updates featured on both the Isle of Man Net Zero and Biosphere websites and their social media channels.