The Christmas pantomime at the Gaiety Theatre will go ahead this year despite the global pandemic.

The decision comes after UK-based Shone Productions, who have a three year contract to stage the annual Panto, agreed to use an all-Island cast that they will direct virtually.

Border restrictions mean it is currently not possible to bring the actors and production team to the Island in December, so instead an agreement has been reached that will see the Isle of Man Government extend their contract by one year to include the 2022 festive season.

In another plot twist, the pantomime itself will now be Sleeping Beauty and not Snow White, as previously advertised and there will be four fewer shows.

‘It has been a challenging time for theatres across the globe, so I am delighted that everyone involved has been able to think creatively to make this happen. I am sure it will give families and in particular children something to look forward to at Christmas.’

‘After such a difficult year, we have been overwhelmed by the support of our audiences and are thrilled to be able to repay their kindness by finding a way to present the much-loved Christmas pantomime. We are thrilled that in the theatre’s 120th year we will again hear the traditional boos, hisses and laughter.’

The continuation on level four of the border framework does however mean a number changes are being made to VillaGaiety’s Autumn and Winter programme - as acts from the UK and further afield will not be given exemption certificates to perform.

The VillaGaiety team are working hard to reschedule affected shows to new dates in 2021.

‘I know this is disappointing for ticketholders, but we are in the process of rescheduling these shows and finalising new dates, so people will not miss out on watching their favourite acts.’

All locally produced shows and events at the theatre will go ahead as planned. 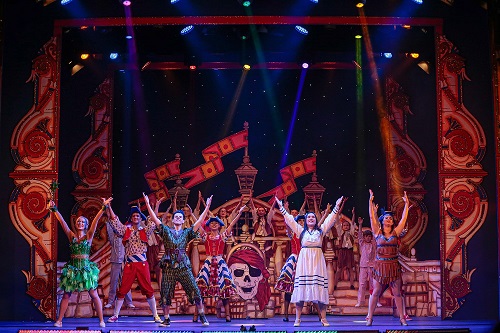