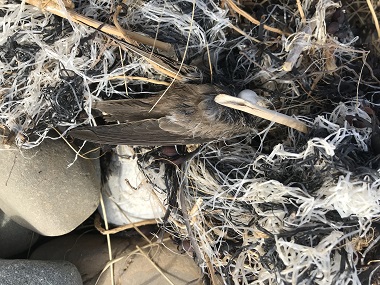 Images, taken at opposite ends of the Island, show the devastating impact plastic pollution can have on wildlife.

The distressing photos show birds which have died after becoming entangled in discarded plastic. The first shows a chough wrapped in orange twine near a large nest visibly containing plastic waste at the Chasms - the second shows a swift unable to free itself from a mass of white twine on Ballaugh Beach.

‘It’s incredibly sad to see, but it’s important we do as it reminds us how important initiatives such as Beach Buddies Plastic Busters, 3POP and Fishing for Litter are, as they actively remove plastic pollution from our environment.’

These initiatives align with the Isle of Man Government’s Single Use Plastic Reduction Strategy, which aims to reduce to use of single use plastic across the Island.

‘Wildlife, particularly marine animals and birds, are at risk when they become entangled in plastic waste, or ingest it. Some seabird species have declined dramatically over the last 30 years, so minimising the amount of single-use plastic is essential.'

Everybody can make a difference and help protect wildlife by disposing of litter when visiting the Island's beauty spots, even if is not their own.

Bird breeding and nesting season runs from March to August and the Department has produced a guide to help beach cleaners to reduce the disturbance to nesting birds. It can be downloaded from the Government’s website or Biosphere social media channels. 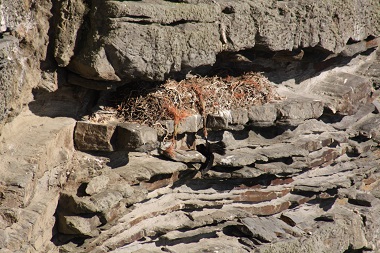