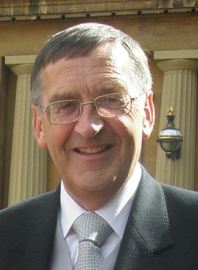 The Police Complaints Commissioner is responsible for overseeing the investigation of complaints made to the Department of Home Affairs regarding the Isle of Man Constabulary.

The authority for the appointment and the full duties of the commissioner are set out in Schedule 1 to the Police Act 1993. The Act disqualifies any person who has been a member of any police force (in the Island or elsewhere) or who is a member of the Council of Ministers or the House of Keys.

The total number of cases supervised by the commissioner in recent years is as follows:

It must be stressed that the commissioner’s role is to supervise the investigations and not to investigate complaints, that remains the responsibility of senior police officers. The Department of Home Affairs has undertaken a review of the complaints procedure and the role of the commissioner will change in due course. Tynwald approved the Department's proposed new system of handling police complaints at its sitting in July 2010. A report outlining the new process can be found above. The Police (Amendment) Act 2016 provided for changes to the process of appointing the Police Complaints Commissioner and made provision for the police to be able to 'self-refer' conduct matters to the police complaints commissioner for consideration. The Department is currently developing the necessary secondary legislation to enable this provision to be brought into operation.

The Police Complaints Commissioner can be contacted direct at the address below.