People are being warned that fly-tipping will not be tolerated after a number of cases were reported on the Island in recent weeks.

The incidents at Ballaugh and Eairy Cushlin are both being investigated by police with those responsible facing fines of up to £2,500 under the Public Health act.

‘Such mindless acts will not be tolerated under any circumstances.’

All four of the island's civic amenity facilities were closed on 3 March to protect staff and the public from Covid-19 after the Island entered a third lockdown.

‘The behaviour is totally unacceptable.’

‘One of our pledges, as an Island UNESCO Biosphere Reserve, is to minimise our environmental impact and protect those areas of natural beauty around us. Not only is the dumping of rubbish in our countryside unsightly and unnecessary but it also presents a wider danger to roaming livestock and other wildlife.’

‘We understand that people may be taking some time during this circuit breaker to make changes to their homes and fix things around the house, but we’re asking that any waste from these activities are stored safely until the amenity sites re-open.’

Reports of fly tipping or littering should be made to your local authority or police headquarters on +44 1624 631212. A list of local authority numbers can be found on Gov.im. 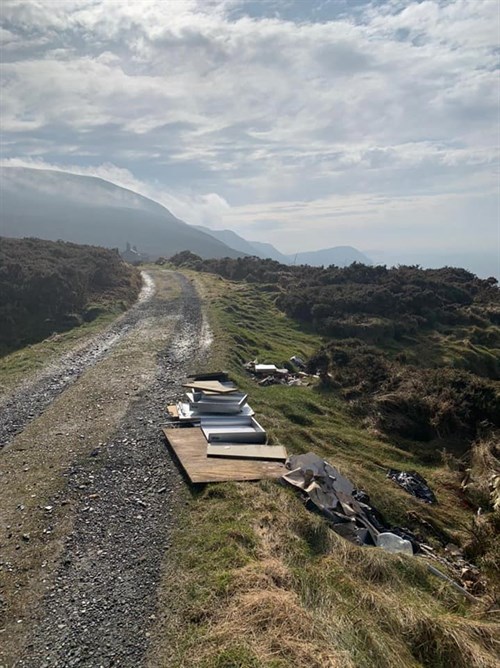