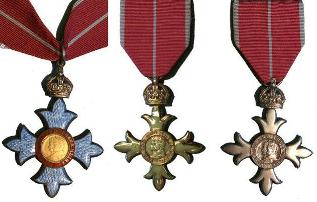 The British Honours system is one of the oldest in the world and is a way of recognising merit, gallantry and service.

Honours lists are published twice a year at New Year and in mid-June on the date of The Queen’s official birthday.

Any British national can receive an award if they reach the required standard of merit or service, and honours lists contain a wide variety of people from different backgrounds. Anyone can nominate someone for an award. Please use the Honours nomination form.

Honours are given to people from all walks of life and all sections of society who have made a difference to their community.

The Queen’s Award for Voluntary Service

The Queen’s Award for Voluntary Service is the highest award given annually to volunteer groups in the local community and is the equivalent of the MBE for the volunteer sector. You can nominate any volunteer group if you know about the work they do. However, you cannot nominate a group that you are a part of, for example if you are a volunteer or a staff member.

Any group of two or more people doing volunteering work that is a social, economic or environmental service to the local community can be nominated for the award. In order to be nominated, volunteer groups should do work that:

Also, volunteer groups should have been running for three years or more.

Nomination forms can be downloaded from the Queen’s Award for Voluntary Service website link below and completed forms should be returned to the Award Administrator in London.

In the Isle of Man, the nominations are assessed by the Lieutenant Governor and a local panel of experts before being passed to a national committee for final selection and recommendation to The Queen. Details of winners are announced in The London Gazette on 2 June.

Winning groups are presented with a certificate signed by The Queen and a commemorative piece of crystal by the Lieutenant Governor at a ceremony at Government House.