Supporting carers, families and friends of people with Dementia and other memory problems 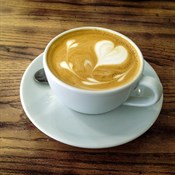 An opportunity to meet other in a social and relaxed atmosphere and meet staff involved with statutory services.

The charity's committee has the overall aim to provide a social environment which offers both an informal setting and a place where anyone can come to get information on dementia and other memory problems.

Dementia is used to describe a group of symptoms relating to behaviour and cognitive ability. Although dementia is commonly thought of in terms of memory problems, the reality is much more complex, and symptoms between the different forms of dementia can vary a great deal. Dementia symptoms can include memory problems, confusion and mood changes.

To find out more about Dementia, visit our Dementia Information.

Manx Decaf runs a number of cafes throughout the Island every month:

Volunteers, including trained professionals in memory problems, are able to offer guidance and support to those with dementia, as well as their carers and their relatives; this ensures that the best possible advice is given and that those affected don't come to feel isolated by the condition.

A Brief History of Manx Decaf

The first cafe was set up in 2006 by staff within the former Department of Health and Social Security after two of the Island's Community Mental Health Professionals attended a UK conference on dementia. It was there that they came across the then quite new concept of dementia cafes and were inspired to set one up on-Island. Over the next decade, three additional cafes have been established, with the scheme proving so popular that members felt there was great potential to take the initiate forward as a charity. The charity Manx Decaf, therefore, was established in 2012.