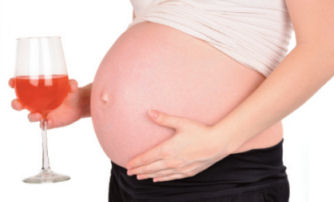 It is well documented that drinking during pregnancy can have harmful effects on the unborn child. What is less well known is that heavy alcohol consumption in pregnancy can result in the condition known as Fetal Alcohol Syndrome. The Isle of Man Health and Lifestyle 2009 survey tells us that 15.3% of all adults binge drink, which suggests that for some young women weekend binges are becoming a regular event. This can be a particular problem in the first few weeks of pregnancy when some young women do not realise they are pregnant yet.

Fetal Alcohol Syndrome (FAS) is the term used to describe a number of fetal abnormalities which occur in the babies of women who have consumed excessive alcohol during the course of their pregnancy. Any amount of alcohol consumed during pregnancy crosses the placenta and can result in irreversible birth defects with life-long consequences for the child and its family. The severity of the harm on the child usually depends on the amount of alcohol consumed.

The term Fetal Alcohol Spectrum Disorder (FASD) may also be used when talking about alcohol consumption and its effects in pregnancy. This is a term used referring to the range of disabilities caused by prenatal exposure to alcohol.

The following symptoms are associated with Fetal Alcohol Syndrome (FAS): 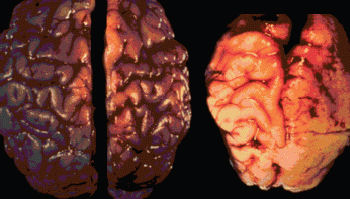 The picture shows what regular alcohol use can do to an unborn baby's brain – the one on the left is a healthy baby; the one on the right has full FAS. (Photo courtesey of Dr Sterling K Clarren)

Safe limits for alcohol in pregnancy

The National Institute for Health and Clinical Excellence (NICE) advises women who are pregnant to avoid alcohol in the first 3 months in particular, because of the increased risk of miscarriage and nervous system damage.

During pregnancy, the risk of harming the developing foetus is increased by the amount of alcohol consumed.

If you have been drinking during pregnancy, don't panic, you should talk to your Midwife or GP about it.

Motiv8 offers support for anyone concerned about their own or someone else’s drinking.