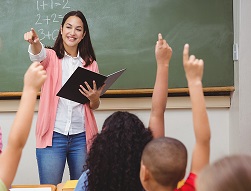 Teachers in the Isle of Man are set to receive their biggest pay rise in fifteen years.

It comes after Gavin Williamson, the UK Education Secretary, accepted all recommendations from the independent School Teachers’ Review Body (STRB) on Tuesday.

Isle of Man teachers are paid the same as those in England and their annual pay award, once published in a separate document called the School Teachers Pay and Conditions Document (STPCD), has been implemented by the Isle of Man Government in the same way since 1992.

The accepted recommendations will mean the starting salary for new teachers will increase by 5.5% and the maximum of the main pay range and the upper and lower boundaries of all other pay and allowances increased by 2.75%. The recommendations are equivalent to a 3.1% increase in the overall pay bill, 2% of which is already included in budgets and the remaining 1.1% will be found from within existing budgets.

‘The recommendations recognise the outstanding contribution teachers make to our society and will help attract the most talented candidates to teach our children and young people.

‘The Isle of Man has long mirrored the agreed pay arrangements in England - so this is the biggest pay rise the profession has seen since 2005 - with above-inflation rises to the pay ranges for every single teacher. Inspirational teachers change lives and I am delighted with this move which will boost recruitment of such valued staff.’