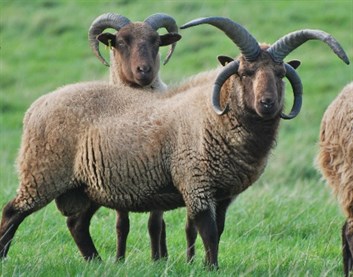 A conference being held this autumn will attract delegates from around the world and put the Manx Loaghtan sheep in the spotlight.

The Island is hosting the North Atlantic Native Sheep and Wool Conference for the first time from 12 to 15 October.

The conference was established to promote, encourage breeding of and protect Viking breeds and will focus on the rare breeds’ fleeces and their characteristics and uses.

The event, which is hosted and supported by Manx National Heritage, will attract 170 delegates who will enjoy a programme of lectures, farm visits, workshops, demonstrations and fairs. 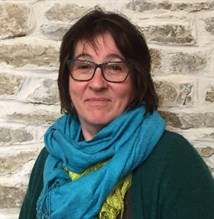 The conference was founded by international artist Karin Flatoy Svarstad, a Norwegian whose own background working with wool led her to establish links across her native country, Shetland, Orkney, the Faroes, Outer Hebrides, Iceland and the Isle of Man.

The Island was chosen to host the conference after Karin brought a party of Norwegian visitors to the Island five years ago.

Nicky Pattinson, who, with Pat Kelly is organising the conference, said:

‘It is an honour for the Island to be chosen to host the conference and it will bring benefits and have a legacy.

‘Delegates will get to see the Island and all it offers. These are people with a strong interest in Atlantic Western Islands who may not have travelled as far south as the Isle of Man before, so it could provide a boost for visitor numbers in future.

‘The focus of the event will be on the Manx Loaghtan, a true emblem of the Isle of Man, so will lead to greater recognition for the breed.

‘There are different qualities of and uses for rare breed wool and the conference will allow a cross-fertilisation of ideas and boost local skills and markets.

‘It’s hoped the conference will resurrect interest in spinning and weaving, last practiced on any proper scale several decades ago.

‘Major issues concerning the wool industry will be discussed at the conference such as scouring of wool and ways to improve the returns on fleeces.’

Attendees will include Geoffrey Boot MHK, Minister for Environment, Food and Agriculture.

Delegates will be taken on a tour of Tynwald by President the Hon Stephen Rodan MLC and Geoff Corkish MBE MLC.

As part of the programme, fashion students at University College Isle of Man will stage a show to display the many uses of rare breed wool.

Local farmers are encouraged to participate in the event.

Day tickets enabling local people to attend certain events will be made available once visitor numbers have been finalised.