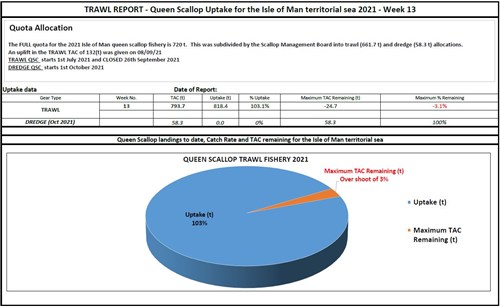 The fishery for queen scallops within the Isle of Man territorial sea commenced on 1 July 2021 with a Total Allowable catch (TAC) of 720 tonnes. The fishery will be managed against this TAC to ensure that it is not exceeded. Uptake against the TAC will be monitored and you will be updated using the table above. Notifications regarding uptake will not be sent and interested parties are advised to check this page periodically. 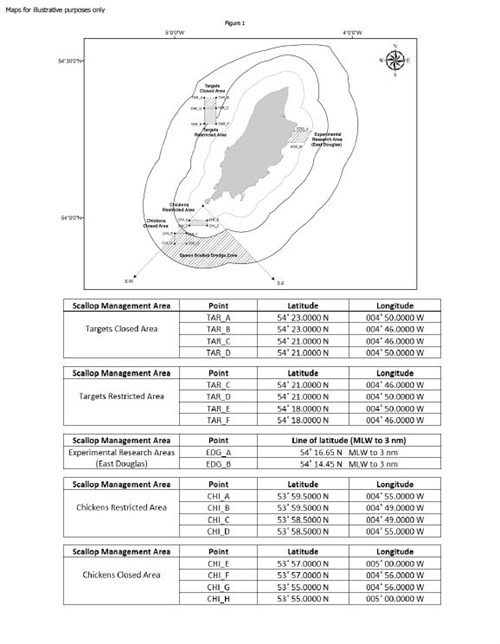 Note that QR Code No.2 on your Isle of Man fishing licence has been set to take you to this page automatically. Use a code reader on your smartphone or other mobile device to take advantage of this facility.