Welcome to the Manx Development Corporation!

We are an exciting, new company, operating at arms-length from our sole Shareholder, the Isle of Man Treasury. We are here to make a long-term contribution to urban and brownfield regeneration on our beautiful, vibrant Island. We want to share with you how we intend to make a difference.

That the Island’s urban landscape will be perceived by its residents as vibrant, safe, of high design quality and environmentally efficient, and a key contributor to increased inward investment and recognition as a top International Business Centre.

In the late 19th Century, our ancestors embarked on an ambitious townscape modernisation programme, responding to an increase in the resident population within the Island’s principal towns and the year-on-year growth in tourists. The Island’s ensuing prosperity was, in large part, due to the Vision of a number of forward-thinking individuals who shared a common Purpose in wanting to ensure that the Island’s townscapes and infrastructure would serve the immediate and future needs of the Island’s economy, social fabric and tourism industry. Our ancestors’ courage in implementing an innovative masterplan is a legacy which the Manx Development Corporation has now inherited. We are charged by the Isle of Man Government to deliver on a modern-day Vision, based on a Purpose which ensures that our children, their children and all other stakeholders feel equally positive about the legacy that we will leave.

To be a catalyst for the positive transformation of the Island’s urban landscape for the benefit of all Manx Citizens.

The Isle of Man Government is already engaged in creating conditions to stimulate economic recovery by supporting the Island’s businesses and communities to recover from the impact of Covid, proactively encouraging inward investment, increasing the working population through migration and strengthening the value proposition as a tourist destination.

The Manx Development Corporation is part of the strategy for realizing economic, social and environmental benefits through enabling full utilization of government owned land and property assets and acting as a catalyst for regeneration and repurposing of urban and brownfield sites.

The Manx Development Corporation can make a unique contribution to the transformation of the Island’s unoccupied or previously developed sites, as part of the Island’s property development ecosystem, delivering regeneration solutions that integrate design quality, environmental sustainability, spatial enhancement and improvements to public realm.

The Manx Development Corporation has recently announced the board members that will be responsible for delivering the Corporation’s vision and strategy. 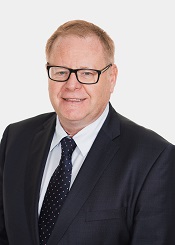 Sean has spent 40 years as a developer and contractor in the property sector dealing with the regeneration of brownfield sites throughout the UK but mainly in the Midlands covering all sectors from residential to commercial and leisure. He has worked in partnership with a range of enterprises, from SMEs to companies listed in the FTSE 100.

Sean brings to the Board a wealth of experience and knowledge, from concept through to completion, ranging from commercial refurbishment of large industrial units, design and build of manufacturing facilities and logistics/distribution units through to constructing and developing new car showrooms, petrol forecourts, pubs and retail parks. Throughout his career Sean has dealt with acquisitions and disposals of both trading businesses and property portfolios.

In addition to his role at Manx Development Corporation, Sean is also a non-executive director of several off Island companies. He has been an Isle of Man resident since 2006. 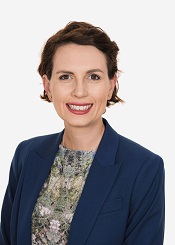 Laura is a qualified architect and the island’s only registered ‘RIBA client adviser’.

After a successful career in the UK, Laura returned to the Island with her family in 2017. She launched LJA, an architectural consultancy, to provide design advice and technical guidance to public sector and private clients, with the majority of her clients located off-Island.

In her role as client adviser for an academy trust on a new £30million all-through school development in the South-East of England, Laura provided extensive feasibility studies, brief generation and technical design guidance. Previously Laura worked at a large local authority in the UK as a client-side architect, positioned at the heart of a small team responsible for a significant public sector estate. In this role Laura advised on many high value construction projects and developed an expertise in strategic, inclusive and community design, often in urban regeneration and brownfield development settings.

Prior to working in local government, Laura was a Senior Lecturer & Head of Year at the Leicester School of Architecture. She often draws on her strong academic background; having been awarded a BA (Hons) & BArch (Hons) in Architecture, an MA in Architectural Design with Distinction, and an Advanced Diploma in Professional Practice in Architecture. 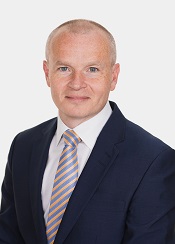 After training as a Chartered Accountant with KPMG in the Isle of Man, David gained more than 25 years' executive experience in financial services, most recently at Zurich International as its Chief Financial Officer.

David has held board level roles in insurance, banking, trust and fund management companies across a number of different jurisdictions. He has first-hand experience of property development focused business cases in the UK, Ireland and mainland Europe as well as of negotiating significant joint venture partnerships.

David is a Fellow of the Institute of Chartered Accountants in England and Wales and a Fellow of the Association of Corporate Treasurers. He has a degree in Economics from the University of Warwick.

As a non-executive Director and Chair of the Audit & Risk Committee of the Manx Development Corporation David is responsible for oversight of financial governance and reporting, internal control, audit and risk. He will also act as the Company Secretary.

In addition to his role at Manx Development Corporation, David is also a non-executive director of several insurance companies.

Outside of work David is a keen runner and cyclist, and is a trustee of the Isle of Man Scout Association. 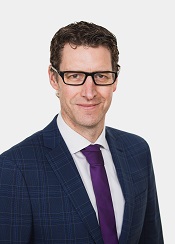 Dane Harrop’s name may well be familiar due to his captaincy of the Isle of Man Team for the Commonwealth Games in Melbourne in 2006, having previously represented the Island in swimming events since 1993.

With construction in the family blood, Dane took a slightly different pathway than his builder father to reach his current level of experience and expertise in the built environment.  Dane was recruited by the Kier Group in 2002 and he has enjoyed 19 years of multiple career progression. This has culminated, in recent years, in a series of leadership design and build roles across large-scale capital, high profile projects including the Storyhouse Theatre in Chester, Shakespeare North near Liverpool, Manchester Aquatic Centre and Theatr Clwyd in North Wales.

Within his role of resourcing construction projects from tendering, through preconstruction and construction stages, Dane has ensured that the focus has been on the delivery of sustainable design solutions. Over his career he has undertaken multiple projects where sustainability standards such as BREEAM were contractual requirements. Dane’s strong technical capabilities have been matched by a lead role in client management, line management responsibilities and in managing external teams of multidisciplinary consultants.

Dane holds an honours degree in Architecture from the University of Liverpool and an MSc in Sustainable Built Environment from Liverpool John Moore’s University.

The documents found under ‘Related Links’ lead to a range of reports and, including Parliamentary and commissioned reports, showing how the formation of the Manx Development Corporation is the culmination of research and consultation, investigating the best way to accelerate urban regeneration.