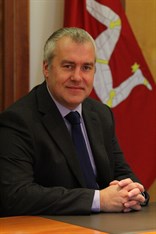 Mr Baker is MHK for Ayre and Michael having been elected to the House of Keys in the September 2016 General Election. Mr Baker has delegated responsibility for Ports Division.

Mr Baker is also a Member of the Department of Environment, Food and Agriculture. He chairs the Planning Committee, has responsibility for the Planning and Building Control Directorate and supports the Minister in delivering the work of the Agriculture and Fisheries Directorates.

Mrs Edge is MHK for Onchan having been elected to the House of Keys in the September 2016 General Election. Mrs Edge has responsibility for Public Estates and Housing Division.

Mr Moorhouse is a member of the Department of Infrastructure with delegated responsibility for Transport Services Division. Mr Moorhouse is also a member of the Department of Health and Social Care with responsibility for its corporate services. He was elected to the House of Keys as Member for Arbory, Castletown and Malew in the September 2016 general election.