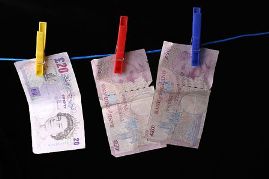 All businesses that accept cash payments of 15,000 Euros or more, or the equivalent in any currency including sterling, or are of a designated type (see below for further information), are required to comply with legislation regarding the prevention of money laundering and terrorist financing (ML/TF) further to the requirements of the Proceeds of Crime Act 2008 (POCA) and the Terrorism and Other Crime (Financial Restrictions) Act 2014.

The types of businesses that are required to comply with the measure to prevent money laundering and terrorist financing, whether or not they accept cash of 15,000 Euros or more, are specified in the Proceeds of Crime Act (Business in the Regulated Sector) Order 2019 [SD 2019/0204] which was also updated and became operational as of 1st June 2019, and which amends Schedule 4 of the Proceeds of Crime Act 2008.

The requirements of these Codes help prevent the Isle of Man from being utilised for money laundering purposes in relation to either terrorism or crime. The legislation also keeps the Island's regulatory mechanism in line with the best international models/practice and in compliance with the FATF Recommendations.

A package of measures was approved by Tynwald in December 2019 and subsequent updates made to the Proceeds of Crime Act 2008. These changes were made to enhance the Island's AML/CFT legislation in connection with a FATF recommendation around disclosures and what is colloquially referred to as "Tipping Off".

A disclosure within a regulated financial institution is permitted providing both the institution making the disclosure and the institution to whom the disclosure is made belong to the same group. These approved countries or territories are now captured in a published list that will be referred to as "List D". List D along with its methodology have been added to the published PDF Jurisdictions in Lists A, B, C and D concerning AML/CFT risks on this page.

Following comments from the IMF report in 2009, the Council of Ministers considered proposals put forward by the then Chief Secretary's Office (now the Cabinet Office) to place responsibility on the Isle of Man Financial Services Authority (IOMFSA) for the oversight of the adherence of certain businesses and professions ('Designated Businesses') to the Island's AML/CFT legislation.

The Designated Businesses (Registration and Oversight) Act 2015 ('the Act') was passed in order to address these comments and came into force on 26 October 2015.

The Act does not make persons affected by its provisions licence holders of the IOMFSA. The IOMFSA's role in licensing and supervising Financial Institutions is distinct and entirely separate from its role under this Act.

Designated businesses are registered and overseen by the IOMFSA for AML/CFT compliance only –they retain their current status with the various bodies (if any) responsible for their wider business, competence or other matters, such as the Isle of Man Law Society, the ICAEW, ACCA, CIMA, the Office of Fair Trading etc.

Further information can be found on the IOMFSA website.