The Reciprocal Healthcare Agreement came into force on 1 October 2010 following the expiry of the temporary Agreement on 30 September 2010, which ha 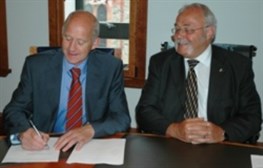 The main points of Agreement, which are the same as the temporary agreement are:

1. Manx residents visiting the UK will receive free NHS treatment if they become ill whilst in the UK, apart from statutory charges which UK residents have to pay, such as prescription charges.

We strongly advise travellers to check coverage within any RHA of their destination country they are travelling to and ensure they have adequate insurance including repatriation as required.