Import and export of exotic animals and endangered species 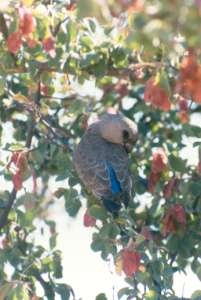 The Isle of Man has agreed to adhere to the principles of the Convention on theInternational Trade in Endangered Species of Wild Fauna and Flora, otherwise known as the Washington Convention or CITES. These principles are enshrined in law through the Endangered Species Act 2010 and its Order and Regulations. This legislation provides for the control and licensing of movements of restricted species and derived products from the Island overseas, or from overseas into the Island. This includes movements to and from the UK and Eire. It protects endangered species in the wild and allows the monitoring of trade and protection of species that are vulnerable to over-exploitation through trade.

A permit application form is available to download on this page. Completed forms should be returned to the Department of Environment, Food and Agriculture, leaving at least 2 weeks for a response.

Consult the Departments' Biodiversity Officers in the Ecosystem Policy Team for further advice or to check whether a species is on the current list of designated species (the Endangered Species Order 2011).

This links Classes A, B and C with Annexes A, B and C (not D) of the EC CITES Regulations (Regulation 338/97). The list is updated every few years and the latest list at the time of writing was Commission Regulation (EU) 2019/2117. A hard copy can be viewed at DEFA headquarters or the Tynwald library. The lists include animals, plants and derived products such as skins, ivory, timber and herbal products such as Hoodia.

Please note that there may also be health considerations for such movements. Advice on health restrictions can be obtained from our health officers:

You may require similar licences for the same movements, from the other jurisdiction involved. For UK CITES advice, please contact the UK AHVLA Bristol office.

In addition to the restrictions mentioned above, the Wild Animals (Restriction on Importation, etc) Act 1980 restricts the import to the Island of animals on the downloadable schedule on this page. Such animals may only be imported under licence from the Department, for the purposes prescribed under the Act. An application form for an import licence for zoos, circuses or the film industry can be found on this page. Other reasons for import are not accepted. Wild animals are listed as potentially dangerous to the public, as an ecological risk if they escaped, or for animal welfare reasons and some domestic types of dog are listed as potentially dangerous.

The following animals may not be imported or kept in the Isle of Man without a licence from the Department of Environment, Food and Agriculture:

The very large European hamster, which could overwinter in the Isle of Man and become a pest, is not to be confused with the golden or Syrian hamster, commonly kept as a pet. The latter is not regulated under this legislation.