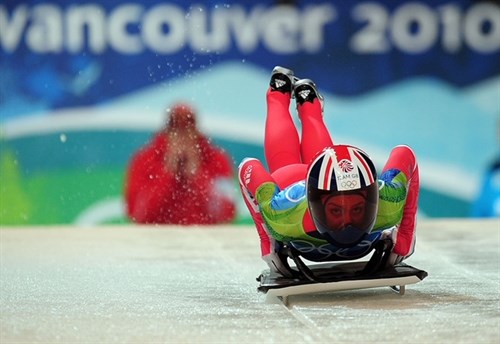 Olympic gold medal winner Amy Williams MBE will be the guest of honour at the Isle of Man Sports Awards at the Villa Marina in Douglas on 31 March.

The Cambridge athlete secured her place in Olympic history in 2010 when she won a gold medal in the skeleton event in Vancouver.

It made her Great Britain's first individual gold medal winner at a Winter Games for 30 years - and the first British woman to do so since 1952.

‘I am honoured to be invited and look forward to celebrating the Island’s sporting successes with so many talented athletes.’

‘We are delighted that Amy has accepted our invitation. Her determination to succeed saw her reach the very top and I am sure will inspire all those who attend.’

Since retiring from sport in 2012, Amy has been an Ambassador for the British Olympic Association and turned her hand to television presenting on shows including Ski Sunday.

‘Amy's achievements cemented her place in Olympic history so we are thrilled she will be part of our ceremony.’

The Isle of Man Sports Awards is a highlight of the Manx sporting calendar, and celebrates the successes of the Island's sportsmen and women with 12 awards being handed out.

The evening will culminate with the awarding of the sportsman and sportswoman of the year awards for 2021.