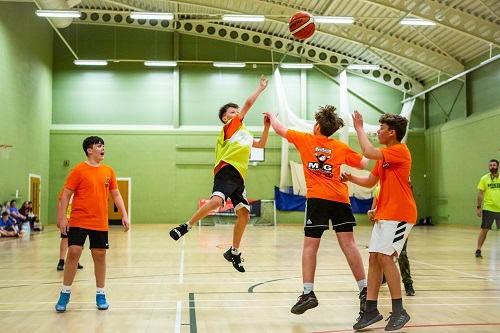 Children set to take part in next summer’s Sporting Club Manx Youth Games will wear new eco-friendly shirts made from recycled plastic bottles with participants invited to choose the design.

The Island’s largest multi-sport event for young people sees children take part in a series of expert led training sessions before putting their skills into action on the big day in May.

Ahead of the first sessions, the event’s new sponsor Sporting Club Isle of Man wants participants to vote for one of three eye-catching designs this month, before the winning design is unveiled at the event’s official launch on 24 January.

'The Club is really looking forward to engaging with young people through the Manx Youth Games - and we wanted to give participants an early opportunity to get involved in the selection of the official EcoKit shirts that will be used over the next three years.

'As a UNESCO Biosphere partner, sustainability is one of our key objectives and the teams we operate, including FC Isle of Man, all wear recycled plastic kits which have proved extremely popular.'

Each shirt is manufactured by Sporting Club Isle of Man’s kit suppliers, Hope & Glory, and is made from approximately 16 recycled plastic bottles that have been melted down to produce a fine yarn which is then used to make the shirts.

'We are delighted that Sporting Club Isle of Man are engaging young people in innovative ways and we are confident that our flagship sporting event will continue to go from strength-to-strength.'

Since the Games were first delivered in 2002, thousands of children have taken part in sports such as basketball, hockey and cricket – with participants encouraged to continue to participate in community sport after the event.