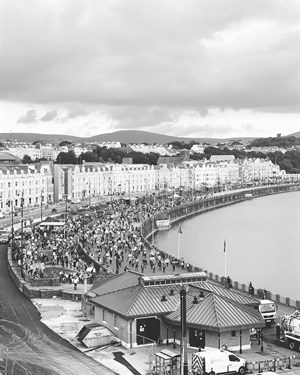 Island schools will consider trialling new schemes of work aimed at raising awareness and understanding of race and ethnic minority themes in history, the arts and wider society during the next academic year.

It comes after more than 600 people responded to a survey in December 2020, which asked for views on how children are currently taught about the history and culture of diverse ethnic minorities, including Black and Asian communities.

People were asked to share their views on a range of topics and given the opportunity to suggest how school lessons could be improved. The majority (64%) felt the current curriculum should be adapted with regards to ethnic minority people, their history, culture and customs.

Around 40% of those who took part said they had experienced or witnessed racism regularly or fairly regularly on the Island, while 32% felt the Island's population welcomes racial diversity and acceptance of other beliefs and cultures.

A spokesperson from the Department of Education, Sport and Culture said:

‘The high response reflects how strongly Island residents feel about increasing racial awareness and diversity in schools and in the wider community.

‘It is very encouraging that the majority of respondents favoured us looking at how we can adapt our curriculum, and we will now work together to develop an approach that will benefit our young people and our society as a whole.’

A working party that includes teaching professionals, groups such as People of Colour Isle of Man (POC IoM), Manx National Heritage, the One World Centre and the Hardy Commission, supported by Culture Vannin has been considering the suggestions.