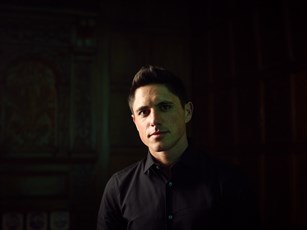 Olympic champion Peter Kennaugh MBE will be the guest of honour at the Isle of Man Sports Awards on 2 June.

The annual ceremony sees the achievements of the Island’s top athletes, teams and coaches recognised in front of sports fans, with 11 awards up for grabs.

As a professional cyclist Kennaugh, 31, rode at the highest level for nine years and won a gold medal at the 2012 Olympic Games in London, becoming the first Manxman in 100 years to do so.

The two-time British National Road Race champion, who retired from cycling in 2019, said:

‘It's an honour to be part of this year’s Isle of Man Sports Awards. I am really looking forward to seeing young Manx talent recognized and acknowledged for their hard work and achievements.’

The celebration of sport was to be staged at the Villa Marina in Douglas in March but was delayed due to coronavirus restrictions.

‘I am delighted Peter has accepted our invitation and I am sure everyone who attends will learn from his sporting journey, and take inspiration from it.’

The shortlist for the 2020 Isle of Man Sports Awards, sponsored by Microgaming Play It Forward, was announced in February, and the event will reflect the exceptional challenges faced by many in 2020 while shining a light on sport’s unsung heroes.

Kennaugh was a recipient of Sport Aid support at the start of his sporting career as well as a winner of the sportsman of the year title in 2012 and 2014.