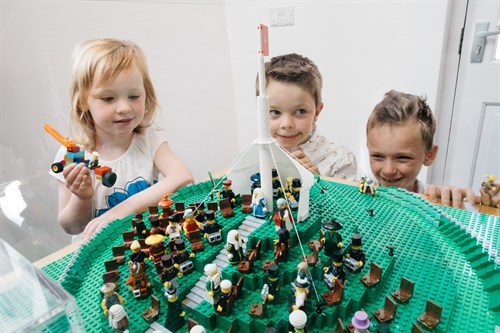 Young people who have made an outstanding contribution to Manx culture and Island life in 2020/21 will be recognised this summer by the North American Manx Association.

The North American Manx Awards cover a range of subjects including Manx language, music and art and are largely focussed on children under the age of 18.

Other awards will celebrate people who have made an outstanding contribution to Manx culture and their community and those who have overcome a disability to make a difference.

Nominations are now open and can be downloaded here, or obtained by emailing cpd.bookings@sch.im or calling Frances Cowin or Shelley Moffitt on 01624 693830/6.

The deadline for submissions is Friday 7 May and the winners will receive a specially minted medal at the Tynwald building in Douglas on Friday 9 July.

‘It has been a tough year for everyone and these awards are a great way to recognise the endeavours and achievements of our young people and their contribution to Island life and Manx culture.’

‘Recognising your heritage and culture gives a sense of unity and belonging. During these challenging times it is more important than ever we acknowledge our young people who have contributed so hugely within our Island community.’