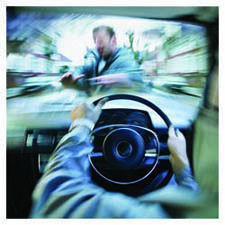 Drug driving is not just confined to illegal drugs. Prescription and over-the-counter medicine may also pose a threat to safety.

Many drivers appear to be unaware of the dangers of driving under the influence of drugs and that the consequences can lead to serious and fatal injuries to the driver, passengers and other road users including pedestrians.

Did you know that driving whilst unfit through drugs, whether illegal, prescribed or over-the-counter medicines, is an offence that carries the same penalties as drink driving?

Drug driving penalties could result in a fine, disqualification or imprisonment!

Many of the 'over-the-counter' treatments for colds, flu and hay fever that can be bought without a doctor's prescription may cause drowsiness which could impair driving ability.

For many medications it is difficult to predict whether, how, when and for how long they will affect a person's ability to drive safely. A driver may not even notice that they have been impaired until it is too late.

The effects depend on how much, how often and how a medicine is used, plus the psychological and physical attributes of the person taking it.

Some medicines may cause:

Refer to the patient information leaflet enclosed with your medicine or check the external packaging to ensure that it does not cause drowsiness or recommend that you refrain from driving whilst taking the medication.

Drugs can affect a driver's behaviour and body in a variety of ways (depending on the drug). These can include:

The effects of illegal drugs in more detail:

Cocaine: This stimulant drug can result in drivers misjudging speed and stopping distances. The drug can give drivers a feeling of over-confidence, which can lead to aggressive driving and increased risk taking.

Ecstasy: This stimulant drug has hallucinogenic properties and can distort the driver’s vision and affect concentration. Drivers under the influence of Ecstacy show a significant decrease in their awareness of road dangers followed by severe fatigue the following day.

LSD: This hallucinogenic drug can strongly influence a driver's senses. Drivers may react to objects or sounds that aren’t there, placing themselves and other road users in danger.

Opiates such as heroin and methadone (and certain painkillers): Opiates lead to slower reaction time, lethargy, sleepiness and impaired co-ordination .

Tranquillisers: These drugs may impair driver reaction times and can cause drowsiness.