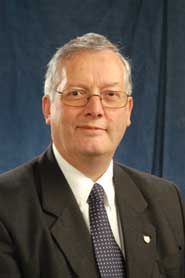 The Isle of Man Government has been recognised as offering some of the best information technology in the UK.

CIO Magazine publishes its top 100 CIO – Chief Information Officer – list annually to recognise the IT leaders and company directors that are transforming their organisations through technology leadership.

John Shimmin MHK, Minister for the Department of Economic Development, welcomed the news. He said:

'Harnessing technological advances is essential for business change and key to enabling Isle of Man businesses to remain competitive.

'ISD plays a key role in Government’s modernisation agenda and this recognition from the UK provides a good benchmark of the Isle of Man’s performance against organisations many times our size. It also reinforces how we are trying to make technology work better to support the Government’s business needs.'

'It is an honour to feature in the top 100 CIO listing. Obviously the Isle of Man Government is not part of the UK but to be recognised in this way, measured against the UK’s regional governments, local authorities and large companies is a major achievement.'

Easyjet topped the list while other companies named in the top five include Severn Trent Water at number two and Marks and Spencer at number four.

'This award is a tribute to all in ISD for their hard work and dedication and I offer my thanks to all for their part in this fantastic achievement.'