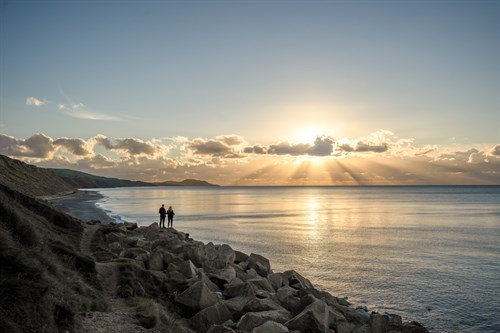 Around 60% of respondents to a recently published survey believe climate change is already affecting the Isle of Man.

In total, 1319 people shared their views on a range of climate issues and the Isle of Man Government’s approach to reaching net zero by 2050.

The research was commissioned by the Island’s Climate Change Team and will be used to understand residents’ concerns and barriers to action.

Almost all those that took part (97%) believed that climate change is real and 91% thought human activity was mainly or partly responsible.

Nearly 70% agreed it is a serious threat and supported further action on the Isle of Man, whilst 44% said clearer guidance would help them understand how they personally can act.

The research suggested some residents were already making lifestyle changes to reduce their emissions – mainly driven by concerns regarding money and the environment.

‘This important research will not only inform how we communicate and engage with the public, but also highlight ways we can support action by removing barriers.

‘Three quarters of respondents said they had a strong sense of optimism that we can tackle the climate crisis by working together.’

In March, Tynwald voted for a legally-binding goal of a 45% reduction in carbon emissions by 2035. The Council of Ministers also agreed to consider a more ambitious 2030 aim as part of the 2022-2027 Climate Change Plan.

The plan, which will outline how Government will work with stakeholders to cut emissions over the next five years will be published in July. The full report can be found on the Net Zero Isle of Man website.