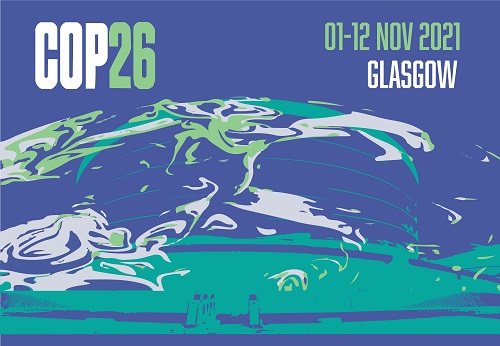 An Isle of Man delegation will join world leaders in attending the United Nation’s landmark climate conference COP26 in Scotland next month, including newly appointed Chair of the Climate Change Transformation Board, Daphne Caine MHK.

The Glasgow summit will provide a platform for the biggest climate crisis talks in years, and organisers hope it will lead countries to accelerate plans to reduce net zero emission targets, slow global warming and keep temperature rise below 1.5C.

The Isle of Man has been chosen to showcase its compelling story around the blue carbon stores in our shores which will show how we quantify, categorise, utilise and enhance the existing blue carbon resources.

The footage will showcase the beauty of the marine environment, help viewers understand the need to protect our oceans alongside our scientists’ work in helping protect it for future generations. It will feature as part of Nature Day on Saturday 6 November.

'I’m delighted to be attending such an important event. This is a great opportunity to see what other jurisdictions are doing, learn from each other, and help us move quickly to take the action needed to mitigate climate change.'

It comes just months after a major scientific report by the Intergovernmental Panel on Climate Change (IPCC) said human activity is ‘changing the climate in unprecedented and sometimes irreversible ways’.

The landmark study warned of increasingly extreme heatwaves, droughts and flooding, and a key temperature limit being broken in just over a decade - but scientists say a catastrophe can be avoided if the world acts fast.

The Isle of Man Government has committed to reach net zero carbon emissions by 2050 - a goal also pledged by the UK, the US and many other developed nations.

Net zero is the point at which a country is removing as many climate-changing gases from the atmosphere as it is putting in. To reach this target Governments will need to invest in renewable energy, increase natural carbon habitats, improve home energy efficiencies and speed up the switch to electric vehicles.

As part of the Island’s 2050 commitment a Climate Change Bill, which is currently pending royal assent, was delivered, which requires a continuous five-year rolling action plan.

'It is fitting that the Island has been invited to attend COP26, as we have a strong commitment to climate change action. It will be a key feature in our new Island Plan, which will outline the roadmap for Government for this administration.'

Meanwhile, on-Island, Net Zero Isle of Man will be running a programme of activities during COP26 to highlight the significance of the conference, and local climate change action.

Members of the public are invited to take part in this series of insightful community activities, where they can discover how the climate crisis has impacted the Island and its biodiversity, hear inspiring stories of individuals who have made positive steps to tackle climate change, and learn what they can do to help save our planet.

This programme of events includes a five-part webinar series with key speakers on the frontline of climate action, including NASA astronaut Nicole Stott and Special Advisor to the Climate Change Transformation Board, Professor James Curran. Other activities include courses, workshops, tree planting and school assemblies.