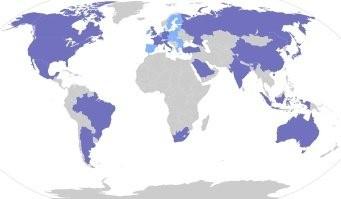 THE Isle of Man is committed to enhancing its international profile and developing further opportunities to represent itself on the world stage.

As a Crown Dependency, we value our links to the United Kingdom, but we believe the Isle of Man is a mature and responsible democracy with a distinct cultural and political identity of its own.

It is Government policy to be both economically competitive and internationally responsible in supporting the interests of our people. We believe in working hard and playing by the rules -- and pursuing and dealing effectively with those who do not.

In order to do this we are committed to further strengthening our international reputation by working to the standards of the global economic community, to honouring the obligations that come from being a member of that community and to playing a full and constructive role in the development of such standards -- especially critical during the current global economic difficulties.

We attach great importance to recognition by the international community of our high standards of regulation and supervision of financial services and related industries. Our legislation and administrative conduct ensures transparency for all business operations conducted in the Island and we have an exemplary record of co-operation with jurisdictions around the world, both in terms of agreements concluded and their effective practical enforcement.

This approach fully justifies the Isle of Man’s recognition - bilaterally, by the OECD and by the G20 - as a co-operative jurisdiction. In the context of the current international debate on so-called ‘offshore centres’ the Isle of Man: