The Chief Minister has led an extensive programme of engagement to raise awareness of the Island's position including quarterly meetings with the Parliamentary Under-Secretary of State at the Department for Exiting the European Union, proactive engagement with various UK parliamentary committees, with the other Crown Dependencies, our neighbouring jurisdictions and also engagement at the heart of the EU in Brussels. 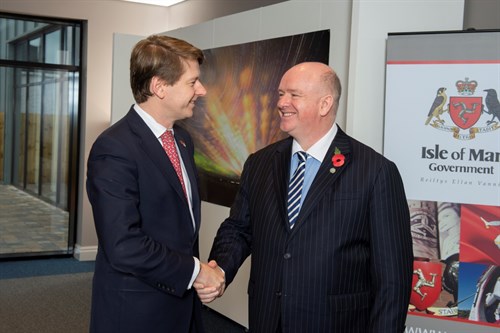 The Chief Minister gave evidence to the House of Lords EU Select Committee which has published a report entitled 'Brexit: the Crown Dependencies' (23 March 2017). The House of Commons Justice Select Committee visited the Isle of Man in January 2017, as part of their inquiry into the implications of Brexit for the Crown Dependencies. The Justice Committee’s report was published on 28 March 2017. Both reports can be found via the Related Links tab to the right of this page.

The Isle of Man's position was recognised in the UK Government's white paper on the Future Relationship between the United Kingdom and the European Union published on 12 July 2018, and Article 3 of the Withdrawal Agreement concluded between the UK and EU on 25 November 2018 gives clarity as to the application of the Agreement to the Island.

Officers from the Isle of Man Government continue to work with relevant officials from across the UK Government to set out the Isle of Man’s priorities and discuss the implications of withdrawal for the Island. This work will help to inform the UK’s position but is also essential in building contacts with the people who will be involved in the negotiations on the future relationship between the UK and the EU so that they are clear about the Island’s issues and priorities.